In what the Chancellor is calling the last Spring Budget, with the default event now set to take place in the autumn, Philip Hammond announced a new set of policies which will provide mixed fortunes for investors and businesses alike.

In what the Chancellor is calling the last Spring Budget, with the default event now set to take place in the autumn, Philip Hammond announced a new set of policies which will provide mixed fortunes for investors and businesses alike.

Whilst the economy has recently performed better than expected, with 2% growth, and borrowing being £16.4 billion lower than expected, the Treasury is keen to build a war chest to combat any negative fallout resulting from Brexit.

This is our snapshot take on it:

The cut in the tax free dividend allowance, from £5,000 to £2,000, to be introduced in April 2017, will make investing in equity less attractive. It is likely that investors will change their strategies to invest their portfolio share in stocks and share ISAs, as well as taking advantage of the (up to) £1,000 savings allowance by deploying funds into P2P.

Using an IFISA (introduced in April 2016) will be more suitable for investors who are likely to yield a return higher than the savings allowance.

Hard pushed savers are being rewarded with the introduction of a 2.2% National Savings and Investment three-year bond.

Whilst this allows savers funds to at least keep pace with inflation, currently 1.8%, this is set to rise to 4%. Additionally, the bond has a maximum limit of £3,000.

On the 6 of April ISA limits will increase from £15,240 to £20,000. This creates a greater opportunity for savers to allocate tax free funds. It is expect that, due to the low returns offered by cash ISAs - around 1% - this will lead to people deploying funds across ISA products yielding a higher return.

Whilst some of these will carry more risk, investors can manage this by applying basic portfolio theory and not putting all of their eggs in one basket.

In response to concerns around reforms to business rate relief, the business community was given assurance that the Treasury is listening, with a pledge that businesses coming out of the Small Business Rate relief will benefit from an extra cap.

In addition to the latter, local authorities will be given a £300 million fund to be able to apply “discretionary relief” at their choosing.

Subsequent to the completion of government review of the R&D tax credit regime, the Chancellor deems it to be “globally competitive.” It is now planned that the process of making a claim will now be made even easier by reducing the required administration.

There will be a new £270 million fund for technologies that are able to “transform the UK economy.” Qualifying technologies will include biotech, robotic systems and driverless cars. The UK is already committed to the latter, with driverless cars, developed by Oxford University, having already been tested in the UK in October 2016.

Investment into Fibre Broadband And 5G

The Government is showing their commitment to helping business in the digital economy by announcing £200 million in funding to increase market delivery of full-fibre broadband networks. This will be supported by vouchers given to businesses which allow them to claim up to £3,000 towards fibre broadband costs.

In addition, £16 million will be put towards creating a National 5G Innovation Network to trial the reliability of the service along roads and rail.

The overhaul of the tax system, resulting in businesses having to make quarterly filings, is being delayed for unincorporated businesses that have a turnover below the VAT limit of £83,000.

Rather than be part of the scheme from April 2018, affected businesses will have an extra year to prepare for the planned changes.

Two perspectives: The Crowd2Fund portfolio of 565 listings over 7 years

Impact On The Front Line 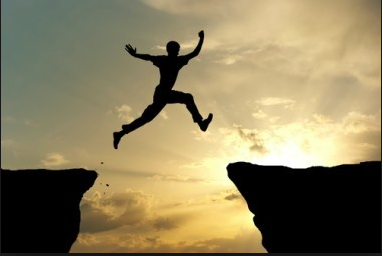 Whilst the P2P and crowdfunding industries are comparatively nascent in finance, many billions of po...