What is the rapidly expanding Innovative Finance ISA landscape looking like?

Earlier in the month, HMRC released data showing that a total of 2,000 IFISA’s were opened during the tax year, introducing a potential of £40million investment available to British businesses; the total amount of funds invested overall reached an average of £17 million across all providers so far.

Earlier in the month, HMRC released data showing that a total of 2,000 IFISA’s were opened during the tax year, introducing a potential of £40million investment available to British businesses; the total amount of funds invested overall reached an average of £17 million across all providers so far.

Due to being one of the very first platforms to become IFISA approved, Crowd2Fund has been offering the product to their users since April 2016. Since launch, the total amount of funds invested in Crowd2Fund’s IFISA is over £10 million, which represents over 40% of the entire market.

IFISA investments into the platform since January 2017 have increased exponentially with 28.5% month on month growth. Even revising this growth down to 10%, the platform can be expected to deploy £5m to £15m per month or £120m per year in 12 month’s time.

Number of investors within the community

983 of the individuals who opened up an IFISA in the 12 month period to 31 March 2017 did so through Crowd2Fund.  This represents 49% of the entire investor base of the IFISA within the UK, according to HMRC.

The popularity of Crowd2Fund’s IFISA has been aided by the generous APR, which stands at an average 9.2% when measured across all businesses. To date, no campaigns invested through the IFISA have defaulted. This return significantly outstrips the returns offered by the best Cash ISAs, which are 1% at the time of writing.

This is likely to have been a key factor in attracting the millions of funds which were transferred from existing ISAs into Crowd2Fund. This trend is set to accelerate due to recently released data revealing that Cash ISA investments (with £270 billion funds being held in total) are falling by a third year on year.

The three largest P2P platforms on the market no longer offer direct investment, and have switched to a pooled funds investment approach. Consequently, IFISA investors are being drawn to Crowd2Fund, as the platform allows individuals to specifically invest in businesses and sectors in which they have an interest and build a portfolio that matches their own risk appetite.  This presents a significant advantage, especially in a time where people are looking to keep full control of their money. So far, 189 businesses, in a diverse range of sectors, including retail, clothing and manufacturing, have received the back-up of private investors on Crowd2Fund.

The crowdfunding Exchange on Crowd2Fund is attracting liquidity

Another reason for Crowd2Fund’s success in leading the IFISA market is due to being the only provider who has a secondary market.  The Exchange is widening the choice of businesses available to those seeking to utilise their IFISA allowance, whilst letting existing debt investors sell their funds.

On the Exchange, the price of opportunities is set by sellers. The more competitive the price at which the debt is sold, the faster it is bought. Businesses which have a history of successful repayments are sometimes sold at a premium and allow sellers to bank profits.

HMRC’s data set is only inclusive of IFISA volumes to April 2017. In the period subsequent to this IFISA, volumes on Crowd2Fund have continued to climb. In the five months to August 2017, the total amount of funds transacted had increased by 215%. September is set to be another record breaking month.

Whilst this data is encouraging, it is just the tip of the iceberg. In 2016, the total amount of funds invested across all ISA products was £61 billion, with the IFISA representing less than half a percent.

The IF ISAs popularity is likely to increase overall across platforms, as investors realise its generous returns outstrip cash ISAs and are markedly less risky than Stocks and Shares ISAs.  Furthermore, investors support the economy at the same time.

Crowd2Fund’s internally generated forecast predicts that £2 million of IFISA funds will be transacted on the platform within the next month, with this rising to £32 million and £639 million in one and two years respectively.

In order to continue to consolidate and protect their position within the IFISA market, Crowd2Fund are aware that they need to continue to add to their innovative offering on the platform.

At present this includes continued development to the social feed on the Crowd2Fund mobile app, available on Apple’s iOS.

Relax while we transfer your old ISA, we make it easy, and manage all the hassle for you.

Savers have had a torrid time since the financial crisis. From March 2009 through to July 2016, nine... 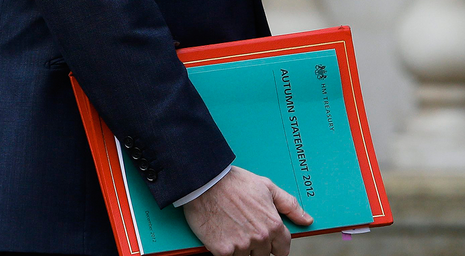