What Does The 2018 Budget Mean For Investors & Businesses?

The Chancellor of the Exchequer highlighted the importance of enterprise to the economy but what does this mean for our investors and growing businesses?

What Does The 2018 Budget Mean For Investors & Businesses?

On Monday, in the first Budget to be held in November since 1962, the chancellor indicated that austerity was coming to an end, with the plan to significantly boost spending on the NHS and defence.

During his speech, the chancellor highlighted the importance of enterprise to the economy and how the ability to start and grow a business will help enable prosperity for all. Therefore, a number of new initiatives have been introduced to benefit businesses and savers, as a result of the UK economy outperforming forecasts.

The rate at which people begin paying income tax will increase on April 2019 from £11,850 to £12,500. The Government had previously pledged to make this by 2020, so this announcement beats the target by one year.

The threshold at which people begin paying income tax at 40% will increase from £46,350 to £50,000 from April 2019. Like the personal allowance announcement, the new £50,000 threshold meets a Government manifesto pledge one year ahead of time.

By bringing forward these two policies, basic rate taxpayers (20%) stand to benefit by being £130 better off per year, and with higher rate (40%) taxpayers taking home an extra £860. In total this this will result in 32 million workers receiving a tax cut.

Stamp duty will no longer apply to first time buyers on properties of up to £500,000. This exemption is an increase from £300,000 and will make home ownership more affordable for many young people.

Those benefiting from higher take home salaries or tax rebates may choose to invest these unexpected windfalls in their futures by opening up an IFISA account. This tax-free financial product could be drawn upon in the future by first time buyers when they seek to move on from their starter homes.

The annual investment allowance will increase from £200,000 to £1 million and will come into being from January 2019. It will be effective for two years.

As the mantra goes, in the UK we are a nation of shopkeepers. However, recently the high street has been having a tough time due to costly business rates and being undercut by their online competitors.

The government are aiming to revive the flagging high street by introducing a £675 million Future High Street fund which will be spent on improving transport links and redeveloping disused buildings. Additionally, independent business and retailers will have their rates cut for two years from April 2019.

Entrepreneurs’ Relief is here to stay

In the run up to the Budget, it had been speculated that entrepreneurs’ relief, a tax break given to business founders when they sell their companies, would be jettisoned. However, the chancellor made clear his intent on the importance of enterprise to the economy by instead increasing the minimum qualifying period from one year to two.

In order to encourage businesses to improve their export activity, £2 billion of new export finance will be made available annually from 2020-21. This will be used to help companies fulfil their export contracts, as well as enabling them to remain competitive before and after Brexit.

In order to put UK tech companies on a level playing field with their international counterparts, a new tax has been proposed which would apply to global technology companies. This will be applied on a very selective basis, and it is estimated to bring in an extra £500 million to HMRC.

There are a lot of misconceptions about crowdfunding so we thought we'd clear up a few. Here are the... 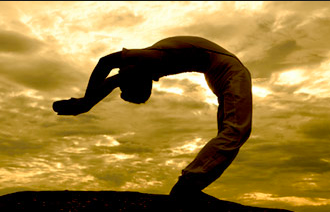 The revenue loan: â€œFlexibility is everything in a seasonal business such as oursâ€

The Chancellor of the Exchequer stated in the Autumn statement that there has been a growth in busin...