Paving the way for alternative finance and crowdfunding

There needs to be a line that separates the genuine campaigns from the not achievable. It is up to the platforms to make sure the crowd understand that a business they are supporting and investing in, most likely will not succeed. Platforms should always do as much as they can to make sure they are protecting the interest of the investors.

There has been a lot of recent media attention surrounding crowdfunding, specifically stories and headlines about reward and equity based raising. Kickstarter appeared multiple times in the press over the past week after receiving a bombardment of unhappy users who donated money to the drone company, Zano.  In summary, the complaints were due Zano’s failure in providing drones that functioned as advertised in the campaign, with significant delays on delivery.  Many commented on social media at how the drones failed to lift off the ground for more than a few seconds. The Zano drone campaign had been the most successful raise from a European business on Kickstarter, reaching over £2million pounds, despite this, it has not proved enough to keep the Zano from going into liquidation.

Following this, Kickstarter have ‘pulled’ another campaign, Laser Razor, despite the company raising £2.6 million, as they weren’t confident that the prototype worked as advertised. The company has now been accepted onto Idiegogo, begging the question, is this irresponsible? There needs to be a line that separates the genuine campaigns from the not achievable. It is up to the platforms to make sure the crowd understand that a business they are supporting and investing in, most likely will not succeed. Platforms should always do as much as they can to make sure they are protecting the interest of the investors.

On the opposite side of the pond, one of the largest equity platforms CrowdCube have come under fire for obscene valuations for businesses that have been allowed to set up campaigns on their platform. The longer-term problem is that investors are unlikely to see ROI. The importance of delivering decent business propositions, that have been thoroughly vetted by an experienced team of risk and due diligence personnel is vital in order to sustain what is a great alternative way to get your hands on finance.

Crowd2Fund have identified and learned from the above issues and have listened to investors and the crowd, and strive to make sure that the platform only provides established growing brands and businesses an opportunity to market themselves to investors.  In fact, we have also gone one step further and specifically focus on vetting businesses that match the right criteria, so, if they are robust enough, innovative and growing then we are proud to list them on the Crowd2Fund platform as a business loan raise. This means that the loans provided aren’t as high risk as equity, whilst also providing the investors with rewards and perks from the company they have supported.

With the Innovative Finance ISA on the horizon which, in brief, will allow the £15,240 annual limit of an individual’s savings to be lent to businesses and sheltered from tax, there has to be absolute emphasis on making sure that crowdfunding platforms have gained the trust of the businesses and investors through transparency and offering of quality investments.  Crowd2Fund is proud to be a leader in this finance reform but most importantly it’s position within the world of peer to peer lending and its keeping of good investment opportunities.

How to find the right investors to help your business grow?

The Crowd and the IPO

With the introduction of legislation and new players in the market, this innovative form of finance... 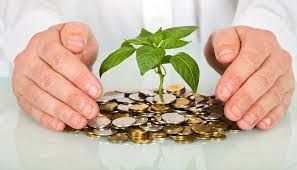 Funding Your Business: Choosing And Attracting Debt Or Equity Investors

In an ideal world every entrepreneur would start off with the savings they need to get their busines...