Why crowdfunding should embrace the UK's gaming market

It's not surprising the Expo is so popular, the UK games market grew by over 10% in 2014 reaching £3.9bn in consumer spend. With an estimated 1,902 video game companies in the UK, 95% of which are micro or small businesses, there is clearly a huge opportunity for crowdfunding to fund the growth in this industry.

I remember playing Snake on a brand new BBC Micro computer and thinking how clever it was, then my then there was my Super Mario Bros addiction on the Nintendo Game Boy, before battling Doctor Robotnik and his army of mechanical menaces for hours on end in Sonic the Hedgehog on the MegaDrive.   Yes, this was all quite a few years ago now, but these fond memories came rushing back the second I stepped into EGX Games Expo. It wasn’t just nostalgia either, I was amazed at the types of sophisticated games available and especially those which were just starting their journey on hitting the big time.  I couldn’t wait to meet their hugely driven and passionate founders in the hope of supporting their success with a crowdfunding investment raise.

It’s not surprising the Expo is so popular, the UK games market grew by over 10% in 2014 reaching £3.9bn in consumer spend (Nesta). With an estimated 1,902 video game companies in the UK, 95% of which are micro or small businesses (Nesta, http://ukie.org.uk/research), there is clearly a huge opportunity for crowdfunding to fund the growth in this industry.

Some of the most popular mainstream games have been created here in Britain, such as Grand Theft Auto V, which is the most successful worldwide entertainment product of all time including massive film profits grossing $1bn worldwide in just 3 days. In 2014, it also reached UK Number 1 top selling game of all time both in terms of units (5m) and value (£208m). (GfK Chart-Track). This in turn has inspired a wave of eager British game developers to be the brains behind the next big thing in gaming.

So, with the above in mind, that’s how I found myself at 2015’s Game Expo in Birmingham. Having seen the successful raises of US gaming companies on Kickstarter it was important for me to understand how Crowd2Fund could play a part in helping raise investment for UK Ltd gaming companies this side of the pond.

As I walked through the huge area of what is the NEC venue, I fought my way through the queues of super excited ‘gamers’ trying to get the chance to see, experience and indulge in the virtual world of newly released games. The different sections of the arenas were set out in props, similar to stages in the theatre with people dressed as characters from the various games. The Assassin’s Creed Syndicate setup was remarkable and truly set the scene for their new game placing barrels, carts, market stalls and a great big ‘Big Ben’ clock to add to the feel of the Victorian era of which the game is set. There were rows and rows of the various games areas where people immersed themselves in the games, most of them ‘wired’ on the vast amount of free energy drinks available. After some time I finally managed to push past the commercial mainstream games and reached the space I was most interested in - the small ‘start up’ companies.

Don’t be deceived by the name, the ‘small’ company’s displays were no less impressive. They ranged from recently finished games to more refined games but, even so, at each point people were able to play and try them out. It was also interesting, but not unexpected, to see that visitors to the Expo were just as excited to see these new games (and were playing them just as intensely) as the established well-backed games. It was evident from speaking to the founders of these games how motivated and knowledgeable they were about their industry and plans for growth. It was also clear they knew where their weaknesses lay, often starting with marketing. The obvious route for most of the founders was to gain investment through Kickstarter that has been at the forefront of game raises on the crowdfunding scene and boasts the most well known platform amongst gamers. At Crowd2Fund, we want to challenge this space in order to grow and support the very best ‘up and coming’ games via our platform, adding value to their raise through the use of our experienced team of marketers.

We want to see bigger growth in the UK gaming industry, taking our global ranking of 6th in the world behind the US, China, Japan, South Korea and Germany (Newzoo, http://ukie.org.uk/research) to compete in at least the top 3 in the next 5 years.

These are exciting times for the gaming industry so if you work within or know a gaming business who is looking to raise funds, please do let them know about Crowd2Fund, we would love to see where we can help in their journey to the top!

Transfer your ISA to us and beat inflation 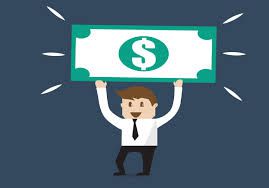