In October 2017 interest rates rose for the first time in more than a decade, increasing from 0.25% to 0.50%. Whilst this change is relatively small, it is an indication of the direction of travel, with further increases predicted by the City in 2018. What Does This Mean for Savers, Investors, and P2P?

In October 2017 interest rates rose for the first time in more than a decade, increasing from 0.25% to 0.50%. Whilst this change is relatively small, it is an indication of the direction of travel, with further increases predicted by the City in 2018.

One of the key reasons for the increase was to counter inflation, which recently rose to a peak of 3.1% in December. It is hoped that raising interest rates will reduce inflation so that there is less of a squeeze on consumers, with an additional hope that another benefit will be the strengthening of the pound as we edge towards leaving the European Union.

The rise is likely to result in a set of mixed circumstances for savers and investors, with mortgage rates increasing, and the possibility of the rise being passed onto savers in current accounts and ISAs in certain circumstances.

In this environment, P2P is still an attractive option as it offers a rate of return significantly higher than inflation, plus leading savings accounts and cash ISAs. For example, the current estimated APR on Crowd2Fund before fees and defaults, is currently 8.7%. These returns are significantly higher than what banks offer savers due to leaner processes, and intelligent credit scoring of business through investment into new technology.

The most significant immediate effect that this has had on retail investors is mortgage changes. Within a few weeks of the rate rise, fixed mortgages of less than 1% were effectively completely withdrawn from the market.  In simple terms, these increased rates will cost home owners an extra £264 a year, if it is assumed that the uplift of mortgages consists of just the 0.25% rate rise. However, in reality the uplift in interest rate applied by mortgage companies is likely to far outstrip the official 0.25%.

Whilst banks tend to reduce the returns offered by savings accounts when interest rates drop, they are under no obligation to pass on increases to retail investors. Santander’s 123 account, which frequently tops best buy savings accounts tables, has taken the decision to not increase the rates offered to customers. Subsequent to the rate rise the bank announced that they would hold the percentage rate at 1.5%. This is likely to cause anger and concern amongst account holders, who also lost out last year when the rate was slashed in half from 3%. Martin Lewis, one of the most trusted sources of personal finance in the UK, is so incensed that he is advising retail customers to ditch these accounts.

A number of cash ISA providers are increasing their rate of return by 0.25%. This includes First Direct and Barclays. Whilst on paper this is encouraging for investors, the increases will still not keep up with the pace of inflation. For example, First Direct’s cash ISA, at its recently increased rate, only offers 0.75% interest.  Somewhat confusingly, Virgin Money reduced their ISA Saver rates down to 0.75% on the day of the Bank of England’s announcement.

The interest rate rise is less likely to directly affect P2P investments, and especially those which are not underwritten by institutional investment. This is due to platforms being able to more accurately assess the credit worthiness of businesses by applying a holistic approach, and developing innovative technology to help make lending decisions and set a rate of return to investors influenced by open market principles, unlike traditional financial institutions which set rates by committees.

Additionally, P2P platforms such as Crowd2Fund are agile in creating new products to adapt to market conditions. Venture debt is one such example, with campaigns undergoing enhanced due diligence procedures, being riskier than traditional debut but carrying a higher rate of return between 10%-15%.

Investors who do not see an uplift in interest rates from standard savings accounts may choose to deploy more funds into P2P in order to generate better returns.

Investors should consider reviewing their portfolios in order to make sure that their returns are at least outstripping inflation.

In order to maximise the returns from P2P debt use of platforms which have the IFISA should be considered, so that individuals are able to grow their savings tax free and benefit from any potential upside.

Reasons to be excited about 2023

The practical solution to raising finance 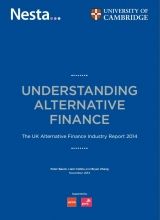